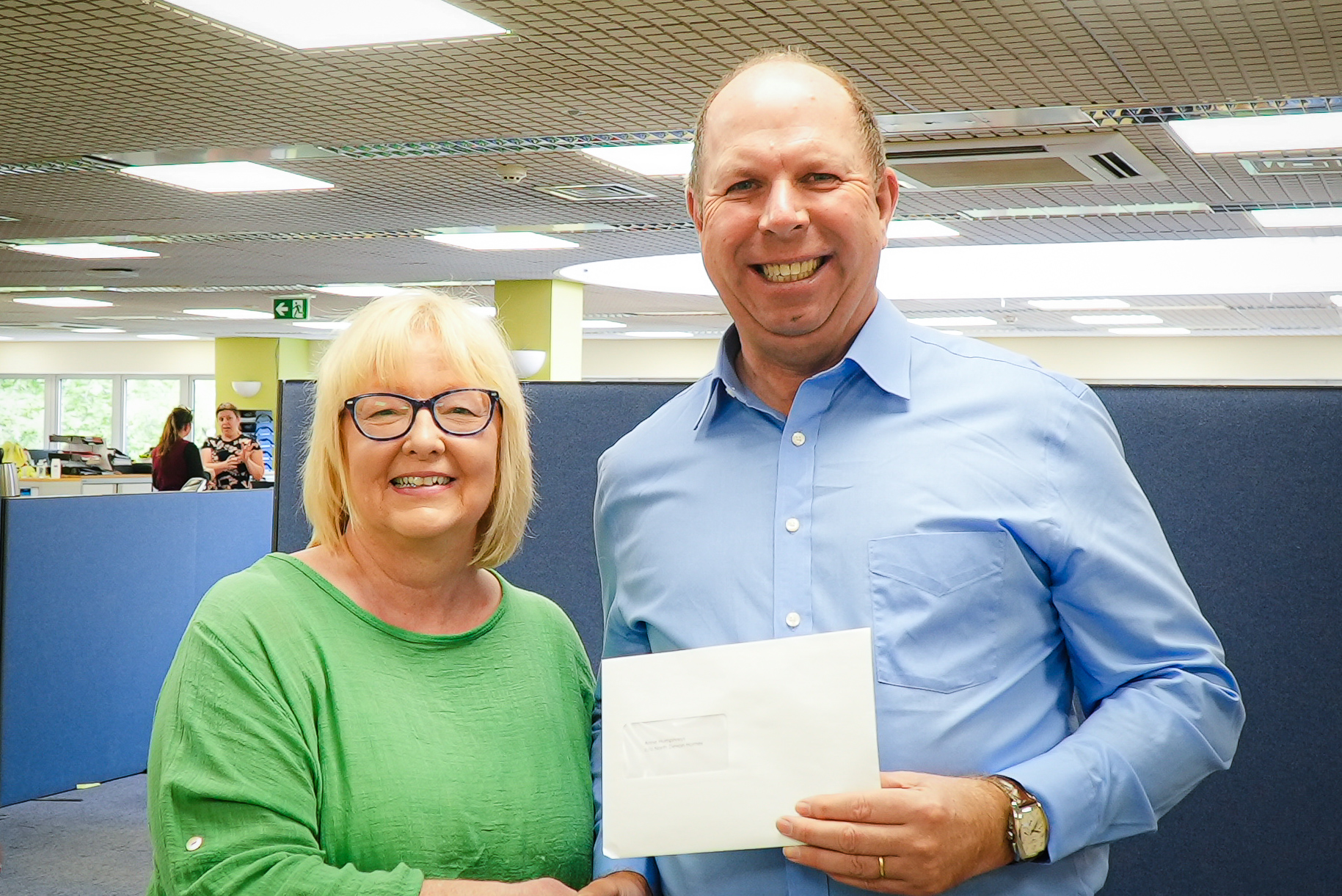 Celebrations have taken place here at North Devon Homes to recognise an employee who has gained a long service award for 30 years of supporting housing in North Devon.

North Devon born and bred, Anne Humphreys began her career at North Devon Council on 6 May 1992 and remains one the 5 original members of the Housing Team that moved to North Devon Homes when the housing stock was transferred in 2000.

It’s certainly been an interesting 30 years,’ recalled Anne. “I started my time here as a Lettings Administrator and then became Voids and Lettings Officer whilst also training to be a medic in the TA.  I moved to our Town Office in Boutport Street in 2001 as a Customer Service Adviser and later as Town Centre Office Manager. After a reshuffle our front-line teams members became the new Customer Care Team where I stayed until 2020. After 28 years of being on the front line I’ve taken on a different role working in the “back office” for the Finance Team, which I really enjoy. I’ve celebrated many weddings, lots of babies being born and helped so many different customers over the years. It’s lovely for me to be recognised by my fellow colleagues for my long service.”

Whilst she has seen many people come and go, Anne has been a loyal and dedicated member of staff working full-time throughout her career. On presenting Anne with her long service award, Chief Executive Martyn Gimber said “I am delighted to celebrate Anne’s long and loyal service to the business and the community of North Devon. Anne is a popular member of the team with both staff and customers and has undertaken many roles at North Devon Homes.  She always has wonderful stories, wise advice and anecdotes from her experience of working on the front line of housing and is such a great colleague.”

Anne recalled a time a when her unknown superhuman strength got her in a bit of trouble. “Back in the day we had a franking machine that was kept in a room upstairs. Whenever I used the machine, the door was always open. One day I went to use the machine and the door was closed. I struggled to open the door and so pushed at it quite hard with my shoulder and smashed the door. It was only later a colleague told me that the door was accessed via our fobs to unlock it. I didn’t know this as it had always been open prior to this and so I had broken the door; I didn’t realise I was so strong!”

After 30 years of service Anne isn’t ready to hand in her fob just yet. “I’m proud that being a single parent in the early years, raising my two children and growing my career I have got to where I am,’ she concludes. “With a big birthday coming up next year, there’s more to celebrate and I am looking forward to spending time celebrating with my family and granddaughter.” 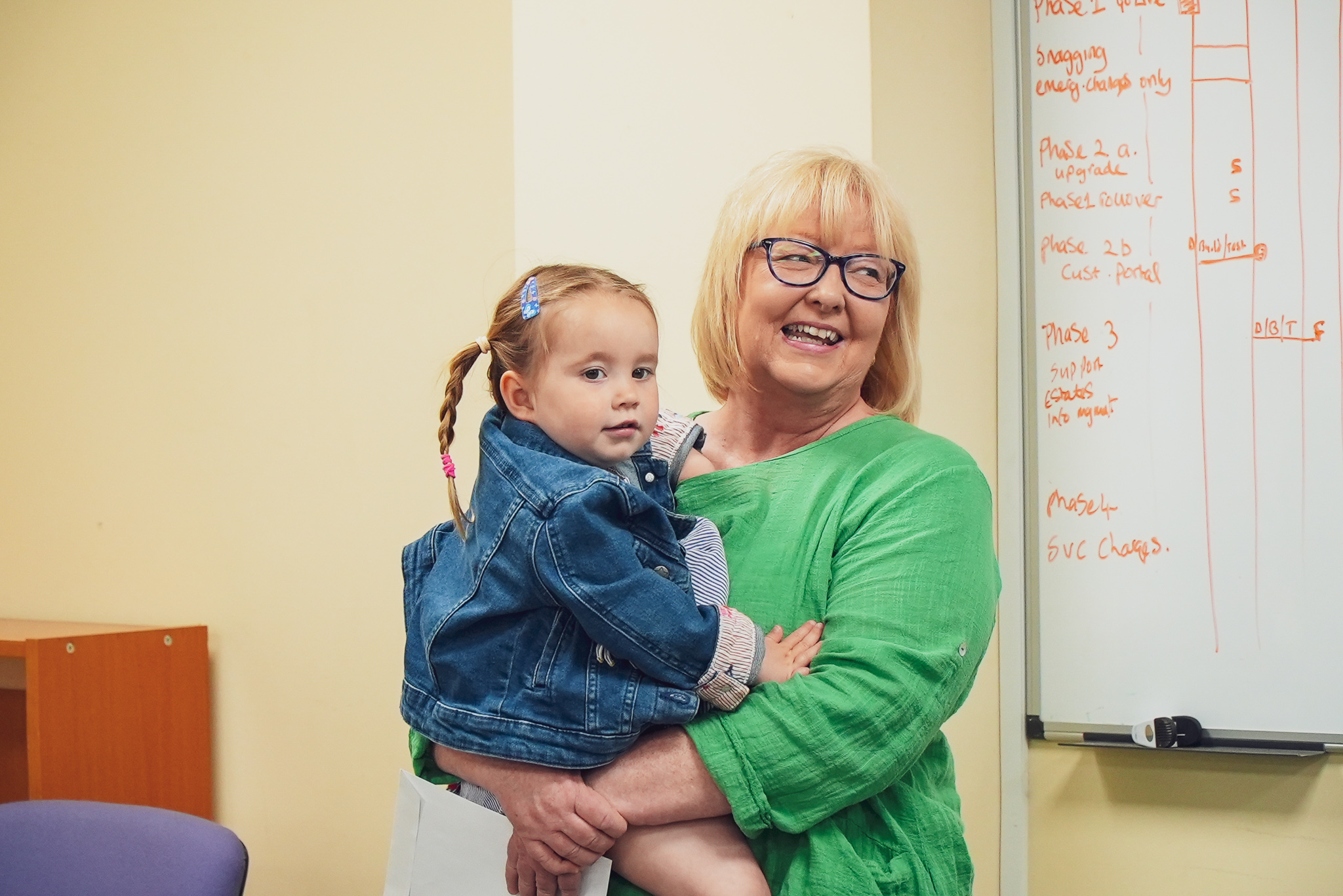